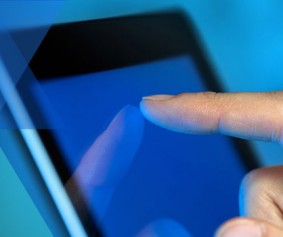 Today, Atlanta Stonewall Democrats PAC (ASD PAC) announced its final round of endorsements for the 2012 election cycle. “This has been a tough year for Democrats, with re-districting of Democrats into new and challenging districts, some with their fellow progressive legislators. But Stonewall is committed to supporting fair-minded Democrats and increasing our equality-driven majority in Georgia”, says Tim Cairl, Chair for Atlanta Stonewall.

Please join us at Las Margaritas on Tuesday, July 17th at 5:30 till 7:30pm for a reception honoring our endorsed candidates!

Below are the newly added endorsed candidates for the July 31, 2012 Democratic Primary Election. ASD used a rolling endorsement process this year to accommodate the heavy campaign season and to more fully evaluate the candidates.

Please join us at Las Margaritas on Tuesday, July 17th at 5:30 till 7:30pm for a reception honoring our endorsed candidates!

We recognize that the road to equality is paved by fair-minded Democrats. Atlanta Stonewall Democrats is the metro area’s lesbian, gay, bisexual, transgender and ally Democratic community.  As LGBTQ and ally Democrats, we have a unique and critically important role to play in our community’s struggle for equality.  We are working to continue making progress within our Party on issues important to our community, to inform the LGBT community about the differences between the Parties, and to elect fair-minded Democrats to public office.

We are an affiliate of National Stonewall Democrats, a nationwide, grassroots federation of more than 90 other LGBT Democratic chapters.  We are committed to working closely with other LGBT organizations, along with our allies in progressive communities and traditionally Democratic constituency groups to build a fair-minded Democratic majority in Georgia.