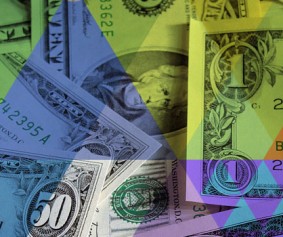 Today, National Stonewall Democrats sent an email to their members and supporters detailing a more than $30,000 budget gap for the year and the danger that the deficit may force the organization to close its doors. The text of the email, authored by NSD Executive Director Jerame Davis, is included below. Mr. Davis is available for comment as well at 317-213-4148 or jdavis@stonewalldemocrats.org

This has been an amazing year, hasn’t it? A record number of LGBT people were elected to Congress as well as state and local positions. The first lesbian US Senator, the first bisexual, and the first gay person of color in Congress were all major milestones on our journey toward full equality. The biggest milestone, of course, was the reelection of President Obama – the first president to support full marriage equality.

National Stonewall Democrats has been at the forefront of these advances since 1998 when Congressman Barney Frank and LGBT activists founded our organization. Since that time, we’ve helped lead the Democratic Party to support for full LGBT equality – including the freedom to marry – culminating in a record 550 LGBT delegates at this year’s Democratic National Convention. It has truly been a banner year for the LGBT community.

We Must Bridge the Gap

At this point in our organization’s history, however, National Stonewall Democrats is facing one of the biggest challenges to date. It’s no secret that we’ve struggled with fundraising over the past few years, but today we are at a crossroads and we’re turning to you – our members and supporters.

For the second year in a row, our income has not met expectations. In 2011, we were able to offset the downturn by cutting costs – staff, services, programs; we cut everything to the bare essentials. We saw an uptick in funding at the beginning of 2012 as our renewed messaging and mission focus invigorated new and former donors, but as the campaigns heated up, donors were pulled in many directions and we felt the impact.

As the year closes, we’re facing a budget deficit of over $30,000 and if we do not bridge this gap, we will likely be forced to close our doors.

We didn’t come to this conclusion lightly or quickly. When the board appointed me as executive director a year ago, we took a long, hard look at the entire organization and we realized that, although the political landscape had changed dramatically since our founding in 1998, our organization hadn’t changed much. We set out to fix that.

In addition to trimming our budget to the essentials, we revisited our mission and purpose and we have great plans for the future. We retooled our messaging to be more bold and direct. We rekindled old partnerships and started building new ones to expand our coalition of pro-LGBT allies. We re-engaged with our chapters and helped start new ones in places where none had previously existed. Even with reduced staffing and funding, we have had a year full of progress.

Our Work is Essential

National Stonewall Democrats has a unique position in our movement as an integral part of the Democratic Party’s social justice coalition. In order to fulfill that role, the nature of our work must change to adapt to the political realities we face. Our success in traditionally progressive states – the “blue states” – has led us to many vicotories, but the less progressive states – the “red states” – have lagged behind.

In far too many places, the Democratic Party structures at the state and local level maintain a less than hospitable attitude toward LGBT equality and they are holding us back. In places where there are few openly LGBT elected officials and/or party leaders, stagnation and intransigence has taken hold. These “red states” are where Stonewall Democrats are needed most and can have the most impact.

Our goals are simple:

All of this work will revolve around three essential core functions for which we are uniquely qualified and positioned to carry out:

Our Future is Up to You

We will never be a huge multi-million dollar organization – and we don’t need to be – but we do need the resources to complete this important work.

The decision on whether or not National Stonewall Democrats continues operations is in your hands.

Thank you for all you do and have done for Stonewall Democrats.

National Stonewall Democrats is the national voice of lesbian, gay, bisexual, transgender and allied Democrats, with more than 80 local affiliates across the nation. Stonewall Democrats works to elect more pro-equality Democrats regardless of their sexual orientation or gender identity – and to improve the Democratic Party on issues important to LGBT Democrats.