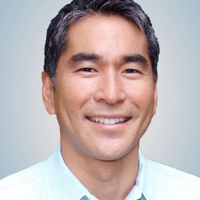 While news from big democratic races in other parts of the country was coming in on November 5th, we have some of our own celebrating to do. Though turnout for yesterday’s election was very low, many fair-minded, pro-equality candidates won election and re-election to office this year thanks to your votes and support.

Because a candidate in Atlanta School Board District 9 At-Large did not capture at least fifty percent of votes, Jason Estevez, is in a run-off election on December 3rd, 2013. Mr. Estevez is endorsed by Georgia Stonewall Democrats, and he needs your support. Signup on his website, facebook or twitter accounts, and let’s bring this final victory home on December 3rd. Here’s how we did:

Kasim Reed for Atlanta Mayor – Re-elected to a second term

Brenda Muhammad for Atlanta School Board District 1 – Not re-elected

Georgia Stonewall is an all-volunteer organization that relies on the donations of individuals who support our work to advance equality in our state. All donations to our organization go towards promoting LGBT equality in the Democratic Party and representing LGBT and Allied organizations by supporting and endorsing fair-minded, pro-equality candidates across the state. To make a donation to Georgia Stonewall Democrats, please visit our donation page by clicking here.