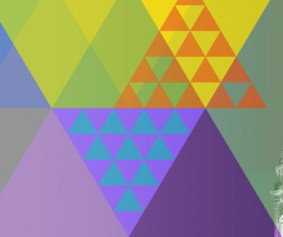 Georgia Stonewall Democrats is always pleased to see the commitment to LGBT equality exhibited by candidates for local office.  Change starts at the community level, and the number of candidates interested in our endorsement indicates a brighter future for LGBT Georgians.  We are especially excited to see young candidates offering themselves for service, and we hope these candidates will continue to be involved even if we did not endorse some of them this cycle.

The following endorsement list is based upon our assessment of returned candidate questionnaires and a review of the candidates’ history of working within and on behalf the LGBT community and our allied organizations and causes. Any exclusion of a particular candidate should not be construed as a non-endorsement or slight to any candidate.

“Georgia Stonewall continues to be committed to supporting fair-minded Democrats and increasing our equality-driven representation in local governments across the state”, says Tim Cairl, Chair for Georgia Stonewall.

City Council President: Ceasar Mitchell (I): Council President Mitchell has continued a legacy of working with the LGBT community on key issues that he began as a City Councilman, and he continues to show leadership in a variety of key areas such as equality, finance and public safety to name a few. He deserves re-election.

At Large Post #1: Michael Julian Bond (I): Councilman Bond has been a stalwart champion for Atlanta residents on issues ranging from fair housing to public safety to co-sponsoring the Marriage Equality Resolution, and deserves to be re-elected.

At Large Post #2: Aaron Watson(I): We endorsed Mr. Watson in his 2009 race.  His performance in office, and his status as a solid LGBT ally earns him our endorsement for re-election.

At Large Post #3: Andre Dickens-Challenger: Mr. Dickens is a great example of the fresh crop of young, enthusiastic candidates running for local offices in 2013. His desire for the perfect balance between supporting growth for local business and protecting the rights of local neighbors is the right approach and earns him our endorsement.

District #1: Carla Smith (I) – In addition to being the first co-sponsor of the Marriage Equality Resolution Carla Smith is a strong advocate for the neighborhoods she represents and an active member in her local community. We can only hope her enthusiasm and willingness to involve herself in her local neighborhood organizations will influence her fellow councilmembers who did not make this list in 2013s. We recommend continued support for her in 2013.

District #2: Kwanza Hall (I) – Councilman Hall has been an ally to the LGBT community for years. We appreciate his support, in particular his co-signing of the Marriage Equality Resolution. He deserves re-election.”

District #6 Alex Wan (I) -In 2009, Stonewall Democrats endorsed Alex Wan for City Council indicating he would be a strong advocate for the diverse neighborhoods in District 6. And while we do not always agree with his proposals, there is no denying that Councilman Wan is dedicated to the causes in which he believes. We are proud of the work Alex has accomplished, particularly his sponsorship and support for the marriage equality resolution passed by the Council and signed by Mayor Reed. Re recommend his election.

District #9 Felicia Moore (I) – Since being endorsed by Stonewall in her first Council race, Councilwoman Moore continues to be an advocate for progressive change on the Atlanta City Council and was a co-sponsor of the Marriage Equality Resolution. She has earned our continued endorsement in 2013.

District #11 Keisha Lance Bottoms (I) –  Councilwoman Lance-Bottoms has received our endorsement in past election cycles and has not disappointed in her fervent support for equality and fairness and deserves re-election.

District #1: Brenda Muhammed (I) – Ms. Muhammad has provided much needed leadership on the school board during a tumultuous time as well as being a consistent supporter of LGBT inclusion in school system policies.  We recommend returning her to the school board.

District #9 At-Large: Jason Esteves -Jason is an engaged, passionate representative of his community, and we are excited about the energy and renewed spirit he could bring to the Atlanta Board of Education. He deserves to be elected to the school board.

Georgia Stonewall Democrats is Georgia’s lesbian, gay, bisexual, transgender and ally Democratic community.  As LGBTQ and ally Democrats, we have a unique and critically important role to play in our community’s struggle for equality.  We are working to make progress within our Party on issues important to our community, to inform the LGBT community about the differences between the political Parties, and to elect fair-minded Democrats to public office.