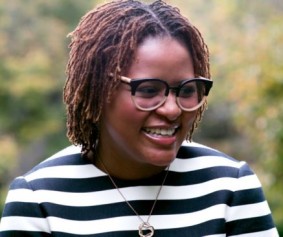 Park Cannon in the Special Election in Georgia House District 58

Today, Georgia Stonewall Democrats PAC (GSD) announced Park Cannon as its endorsed candidate for the 2016 Special Election in House District 58.  Considering the exceptional service of Simone Bell in this seat, it was especially gratifying for us to identify a candidate of Park’s caliber as a successor. This Special Election for State House District 58 will take place on Tuesday, January 19th, 2016.

Georgia Stonewall Democrats is always pleased to see the commitment to LGBT equality exhibited by candidates for office.  Change starts at the community level, and the number of candidates interested in our endorsement indicates a brighter future for LGBT Georgians.

We are especially excited to see the new generation of community leaders offering themselves for service. We have every confidence that Park Cannon will ably represent the neighborhoods of District 58 which includes, among others, the neighborhoods of East Atlanta, Cabbagetown, Reynoldstown, Edgewood, Gresham Park, Grant Park, Kirkwood, Ormewood Park and Boulevard Heights.

The GSD endorsement is based upon our assessment of returned candidate questionnaires and a review of the candidate’s history of working within and on behalf of the LGBT community, allied organizations and causes. We do not issue ratings for every survey submitted. Our final endorsement selections are not to be construed as a slight to any candidate who took the time to communicate their issue positions to us.

“Georgia Stonewall continues to be committed to supporting fair-minded Democrats and increasing our equality-driven representation in offices across the state”, says Tim Cairl, Chair for Georgia Stonewall.

Georgia Stonewall Democrats is Georgia’s lesbian, gay, bisexual, transgender and ally Democratic community.  As LGBTQ and ally Democrats, we have a unique and critically important role to play in our community’s struggle for equality.  We are working to make progress within our Party on issues important to our community, to inform the LGBT community about the differences between the political Parties, and to elect fair-minded Democrats to public office.